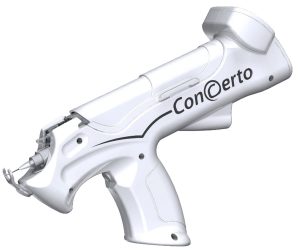 Dr Brad is proud to offer safe, effective and affordable carboxytherapy (CDT) treatments to the people of Bristol and surrounding areas. Carboxytherapy involves the injection of medical grade CO2 gas under the skin or into subcutaneous fat. The remarkable benefits of this thoroughly natural treatment include: skin tightening, wrinkle reduction, dermal re-volumisation and remodelling, improvement in the appearance of stretch marks, reduction in dark circles under the eyes, improvement in skin circulation and lymphatic drainage.

A Brief History of Carboxytherapy?

Carbon dioxide is a molecule consisting of one carbon atom (C) and two oxygen atoms (O), O-C-O, hence the chemical formula CO2. All humans and animals produce it in every cell during the process of “respiration.

Carbon dioxide is an odourless, invisible gas first discovered in 1648 by Van Helmont. Boyle described its anti-infective properties in the 17th century and Lavoisier did the same in the 18th century. Lalouette, in 1777, proposed the serial application of CO2 for treatment of chronic skin ulcers in the lower limbs, something that has been used with positive outcomes in more recent years too.

Further beneficial health benefits of carbon dioxide were discovered in France in the 1930s when it was noted that bathing in the pools of carbon dioxide-rich water at the Royal Spas helped to speed up wound healing.

In 1953 a group of cardiologists attached to the hospital of Clermont Ferrand used this therapy in patients with illnesses related to poor blood circulation, fat accumulation and peripheric organic and functional arteriopathies and Jean Baptiste Romuef M.D. published a paper about his 20 years of experience in the subcutaneous injection of CO2.

Carbon dioxide has vasodilatory properties that make it useful to the medical community. The automatic, reflex dilation of local blood vessels leads to a better flow of oxygen-rich blood around the body.

With that said, don’t think that carboxytherapy is redundant. In modern times the development of modern carboxytherapy delivery equipment has made standardisation of treatment more achievable and the beneficial effects of carboxytherapy in the treatment of a wide range of conditions have stirred renewed interest in the medical community. Carboxytherapy has been the subject of published peer-reviewed scientific study and is becoming more popular and mainstream. Modern specialists also use carboxytherapy for the treatment of stubborn skin ulcers or complex vascular disorders.

How Does Carboxytherapy Work?

All cells in the body, regardless of their role, release carbon dioxide as a waste product. Carbon dioxide is the ‘cost of doing business’ of any cell. Carbon dioxide has to be removed to prevent a harmful decrease in pH and the development of acidosis. Blood flowing through the tissues collects CO2 and takes it to the lungs where it is breathed out.

Whenever we breathe in oxygen, it is picked up by red blood cells as they pass through the lungs. Each red blood cell carries four oxygen molecules, which it takes from the lungs to the heart via the blood vessels and then into the arteries and on a journey around the body to where they’re needed.

Whenever they encounter an area with high levels of carbon dioxide (which has been created by cellular metabolism), the red blood cells release oxygen molecules and pick up the carbon dioxide that they have produced.

Carboxytherapy is said to work by “tricking the body”. This works by injecting a small amount of carbon dioxide gas into an area which increases the flow of oxygen-laden red blood cells to the area to pick up the new ‘waste’ carbon dioxide that the body will then naturally eliminate via the lungs.

By increasing the amount of blood entering the area, the supply of oxygen, stem cells and hormones increases. Skin cells become more active and thus speed up any healing or new cell production and neocollagenesis required to rejuvenate the area.

High concentrations of CO2 also cause a reduction in local fat cells by causing fat cell leakage and breakdown.

Dr Brad delivers treatments once or twice a week depending on patient preference and availability.

All treatments are delivered in person by Dr Brad, who is an expert in carboxytherapy.